October 18, 2010
now that i have actually participated and finished my first ever multi-sport event (a mini-sprint triathlon at the recently concluded Speedo National Age Group Triathlon), some of my friends have been joking me that i would now have to change my handle name at takbo.ph's forum to either of the following : inTRImmyd8, TriTimmyd8, trikenkoy, mulTIMMY, or anything that would reflect my transition from being a runner to a multisport athlete (in this specific instance, a TRIATHLETE).

these thoughts actually were playing in mind as the race drew near, most specially whenever we have our Thursday Night Swims at the Army Pool. After learning how to bike through Project Training Wheels, friends from takbo.ph called me Kenkoy Biker. After learning from teammates and friends on how to improve my swim (and eventually "wow"-ing them with my vast improvement), they eventually called me Kenkoy Swimmer.

as the race day grew closer, i was really bent on thinking (and eventually choosing) what to rename my blog as it would not reflect what i will become after the race, and that how it would affect how i look at myself.

given that i haven't had a competitive background in swimming, and that i only learned how to ride a bike last June, competing in a triathlon was something i was not sure if i can pull off so i had to make sure that i do something about it.

one night after chlorine marination, a few teammates decided to put some twist to our debut triathlon. teammates decided to pit Neil (a newbie triathlete, but a veteran biker) vs Rico (Camsur Ironman veteran, and a veteran of numerous triathlons). I thought that was it, until another teammate suggested another match up, this time it was between Rico, the multi-sport veteran that he is, vs. ME! a total noobie in this field. this was an added pressure on me, given that 2 out of the 3 sports in triathlon, i am so sure that RICO had the better time than me, PLUS i'm so sure that his vast experience was definitely going to be a big plus factor for him. 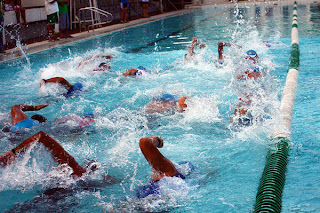 that's me! touch the kili-kili move! 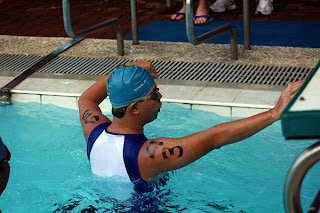 i survived! and with a faster swim time than expected!
UH-OH! this posed a bigger threat to me now. other than i have to compete against my previously timed simulation, i now have to try and catch up with a Ironman 70.3 veteran! additional pressure to swim faster, bike faster and eventually sprint the rest of my life to catch up with the Commish! 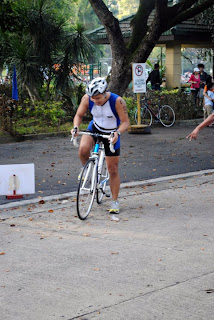 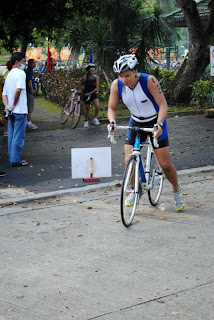 Kenkoy Biker, not yet that confident with my biking skills fresh out of T1.
At the start of the race, I knew that I would be on the losing end of this bet. This match up was definitely a lopsided one, given that I might have not been confident with my swim and bike, and the run leg might not be that substantial enough to catch up with the lead the Commish might have by the time i finish my transition from Swim to Bike to Run. 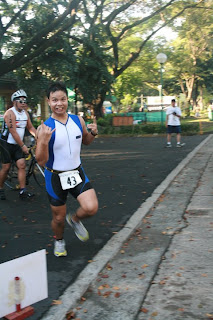 fresh  from the bike transition
to cut the long story short, here's the split times from the 3 teammates being pitted against each other to push the other to exert more effort and to endure.


Based on these two categories, there is no way i can overcome the leads they both had on me. Neil had a sizeable lead from his bike split, while Rico had a substantial lead time from his swim split.

Now how am  I to get ahead of these two well oiled machine? 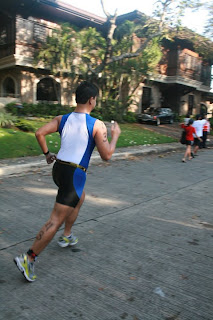 i ... must... catch... up....
Upon this realization, I decided to just have fun. to finish the race and have fun at the same time. Based on my previously timed distance simulations, the best i had for 300m was 9:40. My official time for this race was definitely my best time so far (40 secs faster than my best time!) For the bike leg, my best time was at 40 mins, my official time was 5 mins faster! Even at this point, I can say that I was able to set a good time for myself. I was able to best my previously set and targeted split time. Now I have more time for my run. It was not a joke when they say that I should be able to practice my bike-run transition (which, I fortunately was not able to do as often as I should have). 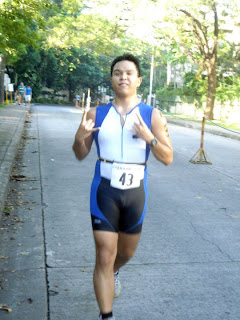 run kenkoy run!
during the run part, I decided to just stick to the pace my legs were dictating. Since I had no  Garmin to determine my pace and the distance I have ran (and how long should I still run), I just continued with my pace. I was on the verge of deciding to slow down when I saw Karen. She mentioned that Rico was just a few meters ahead of me. A few seconds after, Neil said the same thing. By this time, I was gaining momentum as I knew that Rico is an even-paced runner. In my mind, I believed that if i can still see Rico within striking distance, I can eventually try to outrun him to the finish.

Upon reaching the gate of DLSZ, I was able to see Rico within reach! I knew I had to do something. For sure Neil was finished already by that time I spotted Rico, so this was my only chance to overtake Rico (after all the lead time he had on me, I was still able to catch up on him).

I decided to go for that lung-busting sprint towards the finish, 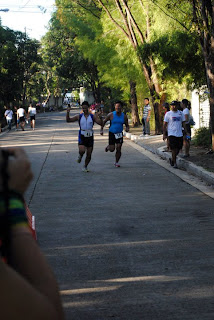 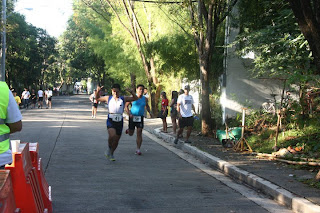 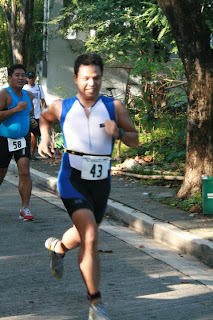 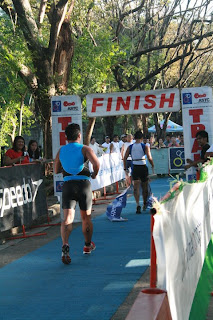 and eventually finish ahead of him, (hoping that i wouldn't be apprehended for 'overtaking' towards the chute).

Rico had his own version of our 3 way battle in his own accounting of the said event in his blog.


I was shockingly surprised to see my run split this fast. I didn't expect that I was that 'fast' during the run leg, as my legs were not yet warmed up from the transition from bike to run. I was surprised also to find out that I had the second fastest run split time for the mini-sprint, the only one faster than me was just a few seconds ahead.

so what's the point?

Kenkoy Runner will still be a Runner.

running will still be my main "weapon".


They said that being a good swimmer is a good thing in Triathlon, but the first one to get out of the water does not automatically mean they'd win the race. The runner can still catch up with the fastest swimmer.

In my case, I have to incorporate running into my training regimen again.

running makes you win triathlons (in my opinion ha, pero definitely having a decent swim split and a better bike split would help me propel to the finish line faster, and not to rush myself much during the run). 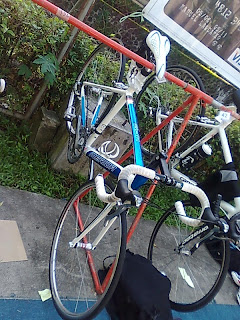 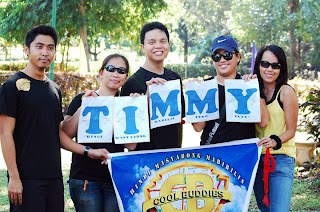 special thanks to Team CB for the Support and to Team Endure for the training and guidance. 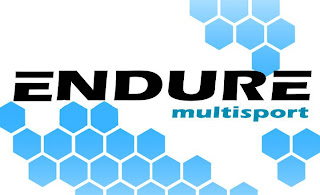 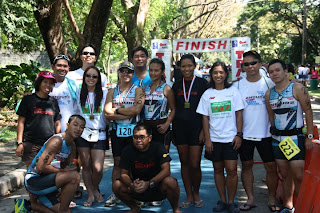 *action shots are from the camera of Kuya Kim, Carina & Maridoly. Thanks Team CB & Endure! :)

can you ENDURE the HEAT?