February 24, 2010
after condura, the next big race lined up was the century tuna superbods run which, is also the first leg of the most-awaited run rio trilogy. given that this race had been promoted endlessly by no other than derek ramsey and coach rio, this race was definitely doomed to be jampacked. not only that this was rio's race, but also the throngs of female runners, both newbies and non-newbies, were all ogling to see a topless derek running. (too bad, these girls weren't able to to see derek topless).
this race had been such a hit to those who weren't even running or even racing regularly, the demand for registration forms, singlets and even bibs were already scarce. (i didn't even have a singlet for myself!) and given this scenario, i knew it would be chaotic, so i decided to go to the venue earlier than usual.

but wait. let me backtrack on why i decided to run this race.

since this was a timex-sponsored event, my gf decided to get her running shoes out of the closet and join this race. given that she was not running that regularly, i knew i had to be there to pace her, and to make sure that she would finish her first-ever 10K. she even started to run for a few times before sunday's big race. unfortunately, she got sick a few days before the race, and was advised not to run anymore for the century superbods race. (boooo!)

because of this i decided to take this run and try to official break into a sub60 10K.

since i got to the venue early, i decided to hung out with fellow 10K runners from takbo.ph. 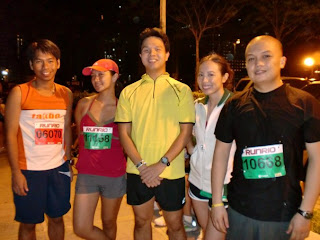 (L-R) Florence, Z,  the KenkoyRunner, the Kikay Runner, Run, Kick, Smash
as we were there early, we decided to hang out for a while and waited for the gun start. while chatting, we saw that the countdown started already for the 21K. we even joked that that was already the 21K's gunstart. (little did we know that we were right, and that the race started way earlier than what was originally stated).  while waiting for the other 10K runners from our group, we decided to have some pictures taken before. 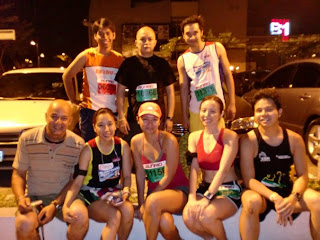 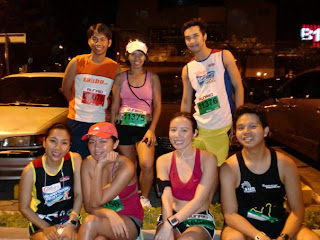 carina joining the group
little did these runners know that their race started already while they were taking pictures and were on petiks mode. while waiting, we heard the PA system calling out the 5K and 3K runners.
where the heck were the other 10K runners? the race started without our group (and for sure a lot more other 10K runners) that our race started already! we then hurriedly swam literally across the field full of 5K runners doing some "stretching" while we were literally trying to catch up and try to salvage our PR attempts for this race.
before the race started, i asked noelle if i can pace with her as i attempted to finally and officially break my sub60 goal. knowing that she's a halimaw in the making (or diwata or dyosa for that matter), sticking with her would definitely help me with my goal. true enough, as soon as we freed ourselves from all the sea of 5K runners, she blasted off like a crazy dog running after the mailman! :)  i was amazed at sid who, after a few more meters, he was still sticking with noelle's pace which, according to her newly acquired garmin, they registered a 3something pace at one point.  (good thing i didn't stick with this pace group as for sure, i would not be able to finish the race in one piece, hahaha).
as i decided to take this race more seriously, and based on what i know and how i know how my body functions, i started to slow down a bit and tried to maneuver my way around these sea of 10K runners and 5K runners.
the race route was unique as it was my first race that explored the other run roads inside fort bonifacio, namely those behind st.lukes, MC Home Depot (tama ba?) and the dreaded last 3K of the condura full marathon. all the while, i just kept on running and running.  so focused, that i was not even able to notice jinoe & Q as we turned from market market not until they both called me from behind.
ayon, the race route was something new nga for me, which was nice, kasi this means its not going to be boring from the usual 10K routes held in Fort.  everything went fine until i got near S&R na. i believe that after this stretch, the finish line is near na. but no, as soon as i got there, there were literally a sea of 5& 3K runners all over the place! not to mention the other 10K runners/walkers, blocking each  and every possible opening to reach the finish line the fastest possible time. as i looked at my watch, i saw that i could still make it, so instead of slowing down and being one with these walkers, i decided to exert more effort instead. i had to literally squeeze my way out from the crowd to make sure that i get  my sub60 10K goal. at the back of my mind, i told myself that its about time to get myself a sub60. I didn't even feel that my right knee was starting to show some discomfort. i just focused on running for my 10K.
ayon. finally i reached the finish line. no frills. no freebie much upon the finish line itself. instead, you have to go line up for your certificate and loot bag and free breakfast, etc. sobrang traffic even there. and its was a hassle.
despite these traffic backlogs, i just focused on the good things that happened that day. 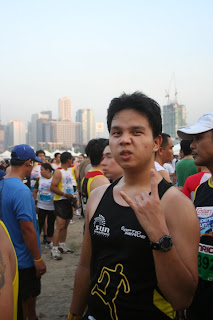 i was able to finally and officially nail a sub60 10K, 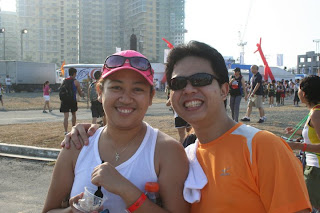 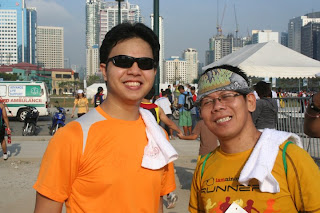 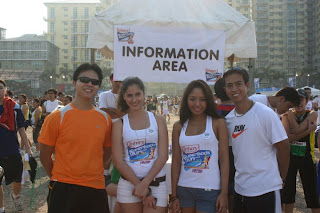 hang out with my takbo friends 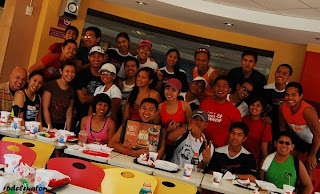 the usual post-race breakfast,
and dedicated my race to my gf :)
ten happy thoughts indeed. 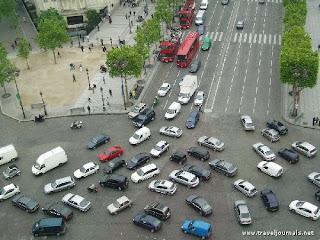 June 28, 2016
Running has always been my favorite me-time activity. It does not only help me clear my mind, it also helps release toxins from my body. Even though running has been my 'sport' and therapy since 2009, I still have not maximized my potential with this sport. Tonight, I tried to rekindle my love affair with running by jogging (yes, jogging, the slower version of running?) around UP acad oval. I said to myself, just one round of continuous jogging, and I'm done. Mahirap nang mabigla ang katawan, baka may sumakit pa kinabukasan, etc. So I did na my slow jog, and as I was getting into the groove of things, it slipped my mind that my intial goal was only to do one round. Slowly and surely, the endorphins started kicking in, and I was trying to shuffle my feet faster, slowly increasing my pace, but still a managable one for someone trying to get my groove back. There have been times when I felt a bit of discomfort, maybe because it has been quite a while since I last had a dec
Post a Comment
Read more